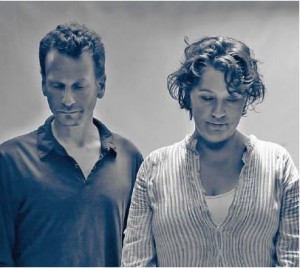 Singer and Songwriter Rebecca Martin Discusses the Lyrics on TWAIN, Community and Collaborations.

Along with release of TWAIN on March 26, Martin looks ahead to performing with her trio TILLERY that features GRETCHEN PARLATO and BECCA STEVENS at the Kennedy Center for the Mary Lou Williams Jazz Festival In May

Kingston, NY – “I get all of my material for and emotional connection to the songs I write or interpret these days from hands on experiences,” says the singer and songwriter Rebecca Martin reflecting on the songs from TWAIN (Sunnyside Records). “I’ve become so active in our community that my life as an avid reader has transformed itself into one of an avid doer.”

A state of Maine native, Martin moved to New York City to pursue her musical endeavors. Throughout the 90’s, Martin co-led the influential duo Once Blue (EMI Records) with Jesse Harris. After a handful of critically acclaimed solo recordings Martin migrated North to the Hudson Valley with husband and collaborator Larry Grenadier and had a son. From that point on, in tandem with making music, she found a new way of using her organizational skills in community work. There, she tirelessly advocated for transparency and better communication between the people and government. This work eventually landed her a position as Executive Director of an Urban Land Trust in the area, where under her leadership the organization was sited as a national model for urban land trusts by the Land Trust Alliance.   Known for her “dizzying array of local initiatives“, Martin and many volunteers created programs and committees for rail trails, urban agriculture, African-American cemetery preservation projects and more. “Having a child and being so far from family motivated me to get as involved as I have.” says Rebecca. “It has been an eye opening experience to say the least, and has certainly informed my music.”

Yesterday I saw it coming on.

There was little that the peasant could do.

Into their hearts fully open and aligned

for the daggers and arrows that flew.

Just beyond the hillside

back where the curtain calls to us

that the whole world is waiting to find us”

From “Beyond the Hillside” by Rebecca Martin

“There are two distinct story lines running through this particular piece, the ‘bearing witness’ to the many unpleasantries out in the field and the hopefulness in the music. It’s a very bittersweet song.” 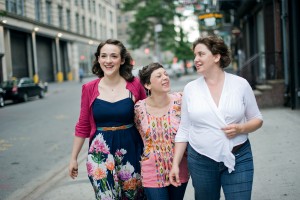 To help Martin celebrate her new release TWAIN, Parlato and Stevens will join her on stage for a song at the Rockwood Music Hall, stage 2 located at 196 Allen Street, NY on Thursday, March 28th in New York City. Tickets for the event are $15 and can be purchased online by visiting ROCKWOOD MUSIC HALL.

For further information or to request a copy of Twain, please contact Patrice Fehlen at September Gurl Music: patrice@septembergurl.com or 718.768.3859