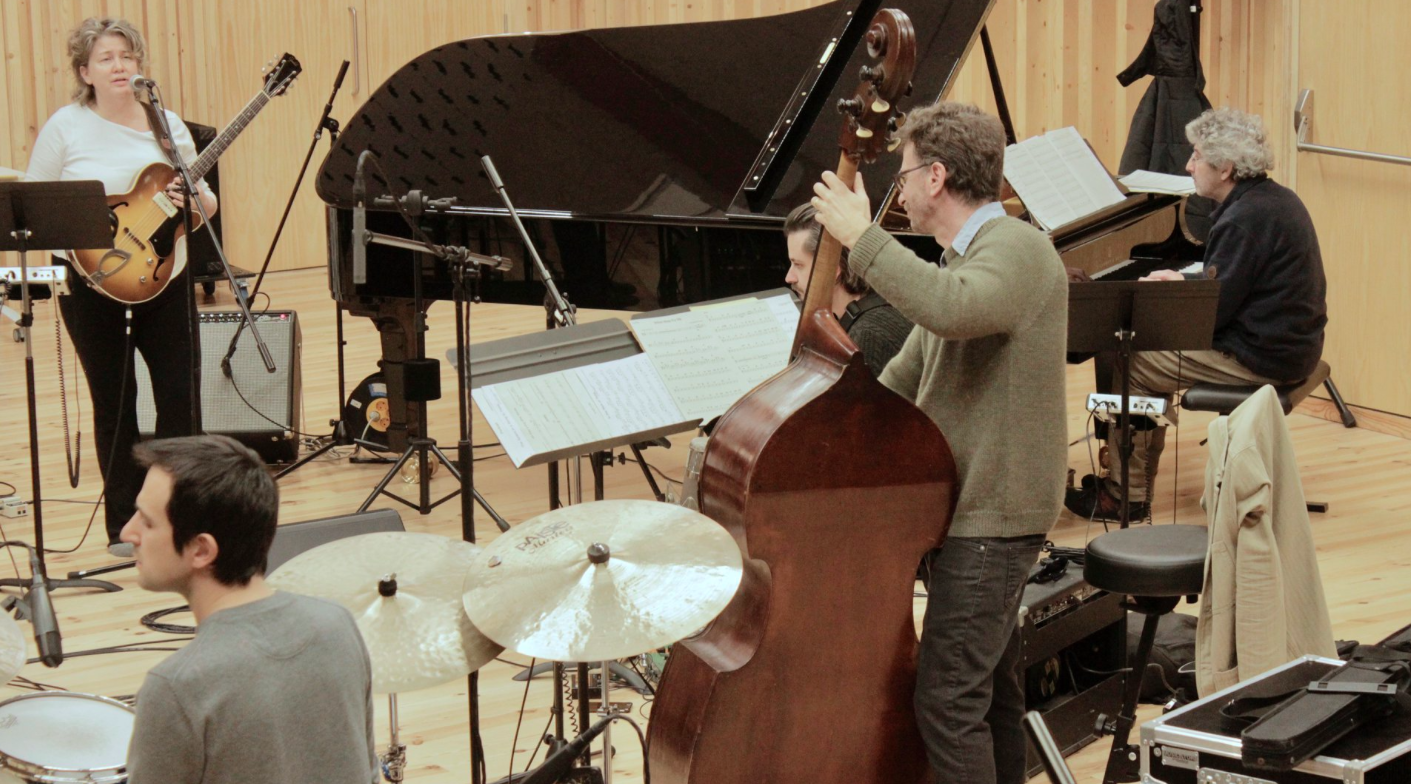 A new recording of Rebecca Martin’s original music and standards (and featuring Larry Grenadier on bass) was recorded with the Orquestra Jazz de Matosinhos in Porto, Portugal in January 2020.  It is currently being mixed. 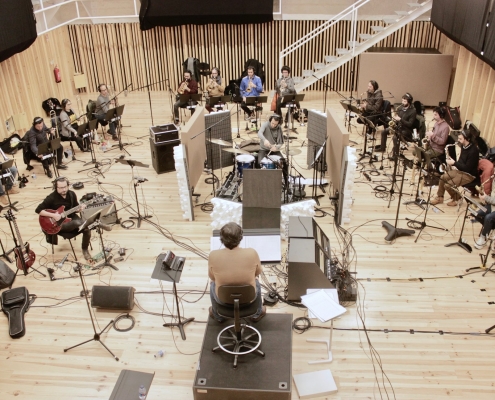 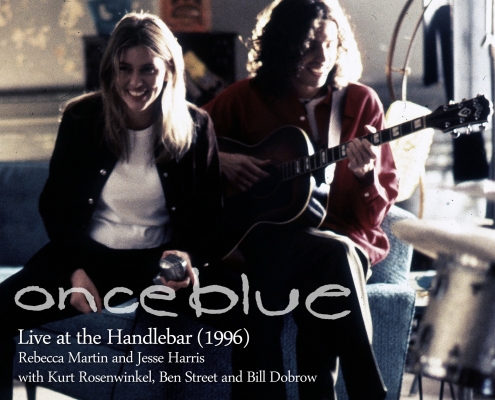 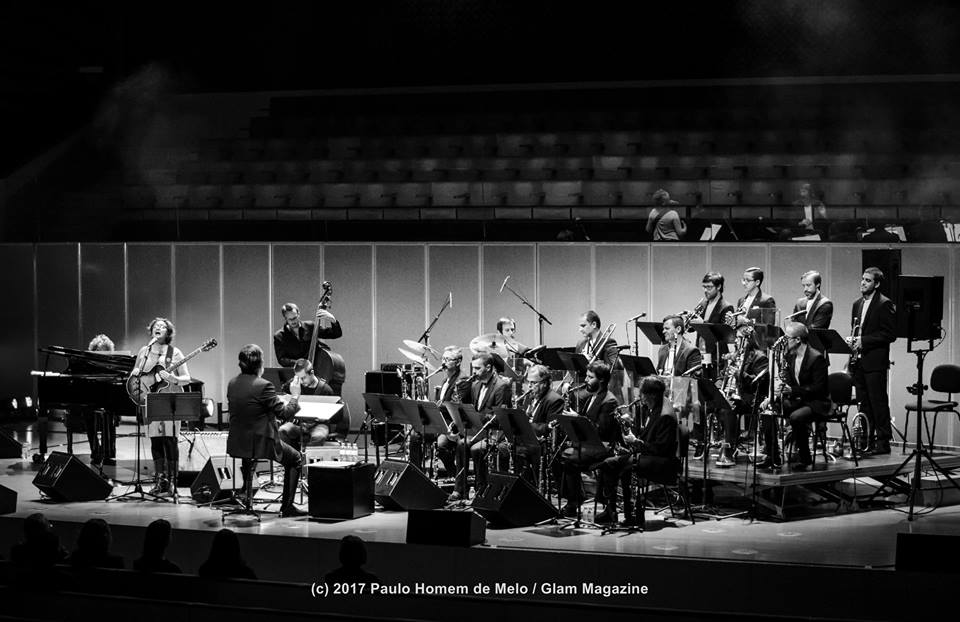 Rebecca Martin’s week as the guest artist with the Orquestra Jazz de Matosinhos in Portugal and Spain was a success with great reviews and the possibility of a recording and additional future concert dates.

READ:  “Rebecca Martin: A Singer Who Sounds at Home” 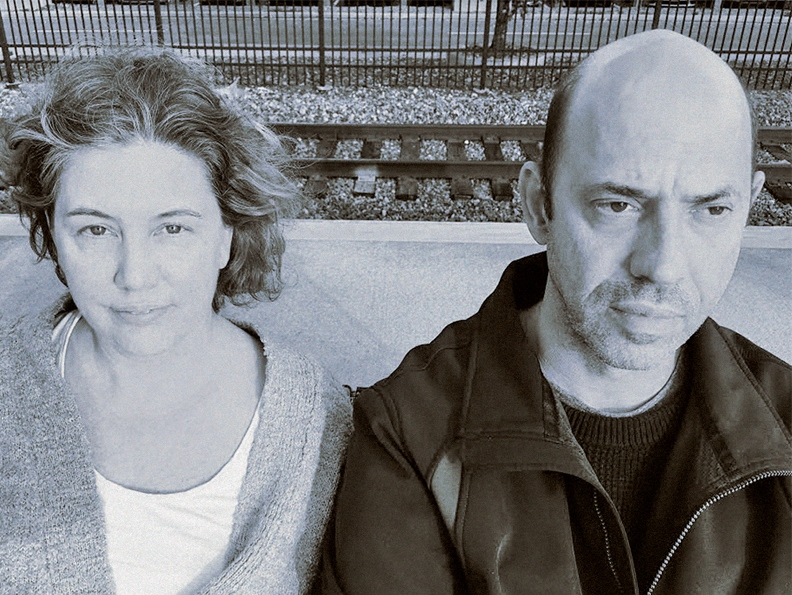 The Upstate Project is a landmark collaboration that unites a group of world-class musicians who’ve already distinguished themselves in their individual creative pursuits.

Rebecca Martin is widely recognized as one of her generation’s most talented and versatile vocalists and songwriters, effortlessly bridging the world’s of jazz and songwriting while working alongside some of the music’s most esteemed players.  Argentine-born pianist-vocalist-composer-arranger Guillermo Klein is renowned throughout the jazz world for his inventive, eclectic compositional approach and his distinctive harmonic sensibility.  Their rhythm section is composed of bassist Larry Grenadier and drummer Jeff Ballard, two of jazz’s most in-demand players.

Martin’s compositions “On A Sunday Morning,” “To Up and Go” and “Later On They’ll Know” (the latter co-written by Ron Sexsmith) embody the lyrical insight and melodic craft for which she’s become known, while Klein’s “Llorando Fuerte (Like Every Other Day),” “Ahi Viene El Tren (Just As In Spring),” “Outside It Rains for Them” and “Hora Libre” (Thrones and Believers)” demonstrate his knack for melodic resonance while merging his Spanish lyrics with Martin’s English ones.

Martin also adds evocative new lyrics for to some notable instrumentals, reinventing and expanding Bill Frisell’s “Throughout [Hold On],” Brad Mehldau’s “Ode [To Make The Most Of Today]” and Kurt Rosenwinkel’s “Cycle 5 [Freedom Run],”), as well as Grenadier’s “State of the Union [In The Nick Of Time].”

The Upstate Project—so named due to the partnership’s origins in northern New York state—began to come together when Martin contacted Klein to explore the possibility of making music together.

“Guillermo is someone that I hold in high esteem,” Martin states. “Working with him was something I had hoped to do at some point in my career. I am always seeking a real challenge in music, and I knew that his point of view would provide that.  When I reached out to him, I learned that he had just returned to the States from Argentina and was living in upstate New York, only about 40 minutes away from where I was.  Like the old days.

“What the project would be wasn’t clear initially,” says Martin.  “But shortly after coming together, Guillermo suggested that it be collaborative, and I loved that idea.  It gave me the opportunity to think about lyrics for his songs, which opened up a lot of possibilities as we brought material to the table.” 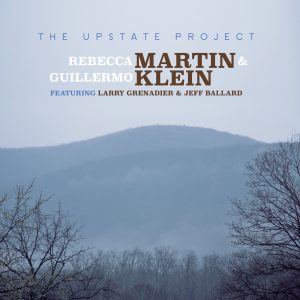 “We exchanged tunes and then got together to play at my house,” Klein recalls.  “The repertoire grew, as I suggested a Kurt Rosenwinkel tune and she suggested the other ones.  I spent time transcribing and arranging them for a group, and she found guitar parts and wrote the lyrics and harmonized voices.”

It was only natural that Martin’s husband Grenadier and frequent collaborator Ballard would come on board to complete the quartet.

“Rebecca and I have played music together for 20 years, as long as we’ve known each other,” Grenadier notes.  “For me, there is nothing like making music with your partner; the level of empathy and intimacy is unmatched.  I’ve known Guillermo for many years and have always been a fan of his arranging and composing, and thought that he and Rebecca shared some of the same musical imperatives in the realm of color and texture.  So the idea of blending this all together seemed very intriguing and also very natural.”

“I have known all of these folks for more than two decades, and I love them and their music,” Ballard adds.  “This project was simply a continuation of these fruitful relationships.”

The musicians allowed the material to develop in its own time.

“Rebecca, Guillermo and I started getting together and playing the songs,” Grenadier says.  “It was like an archeological dig, finding the core of each one and bringing that to the surface.  It was a slow process but very organic as they both so beautifully are.   We performed a string of dates in New York City as a trio, to continue to flesh out the material and to tighten up the sound.”

“Larry, Guillermo and I had played this music for a year before Jeff arrived,” Martin explains.  “Since he lives in Europe now, Jeff could only get to New York in time to record, and after one rehearsal, we went into the studio with Pete Rende, who recorded, helped to produce and steer the ship.”

The Upstate Project’s songs are a genuine collaboration, allowing Martin and Klein to explore different aspects of their talents.

“Guillermo’s music stirs up emotions that are very different from what my own melodies and harmony ever could, and that alone made it possible to explore other worlds,” Martin says.  “I built stories from some very unusual perspectives.  The lyrics in my own songs tend to be bittersweet.  In Guillermo’s music, I found myself exploring darker points of view.  It was a liberating experience for that reason, as it’s important to venture outside of your comfort zone whenever you can.”

“For me, all these songs show the idea of melody reigning supreme.” Grenadier asserts.  “All the arrangements, sound and solos support the melodies, lifting them up so they shine brighter. The melodies of these songs are so strong, and as a musician, I didn’t want to get in the way of that.  I wanted the music to lift up these melodies.”

Having allowed The Upstate Project’s birth cycle to unfold in its own time, Martin and Klein are keeping an open mind about the possibility of future group activity.

“I am just glad this music is recorded.” says Klein, “It feels like a complete cycle.”

“I like to think about music and life in general like swimming in a lake,” she concludes.  “You know when walking into the deep, there are suddenly warm spots that appear to come out of nowhere.  There is never anything predictable in my creative endeavors or their outcome.  I just keep pressing forward knowing that at some point, that mysterious warm spot will appear again where I can hang out for a while—until it gets cold and it’s time to move along again.” 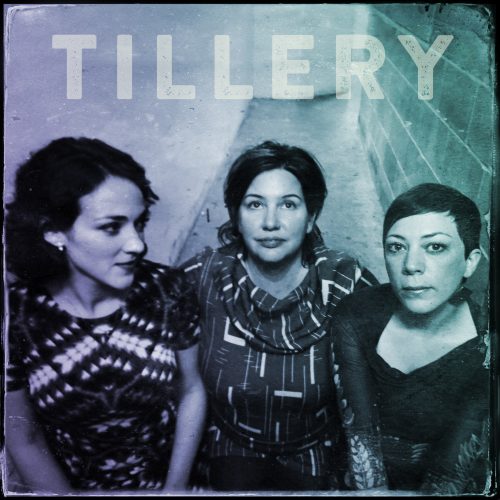 Now you can purchase the Tillery recording, a collaborative project by Rebecca Martin, Gretchen Parlato and Becca Stevens on Band Camp. 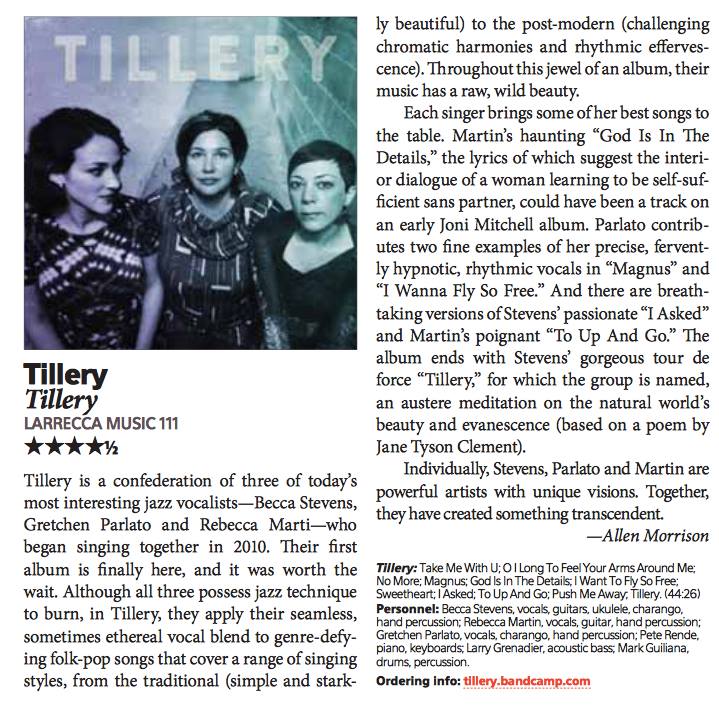