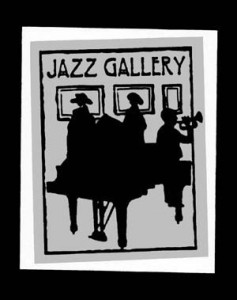 Singer Rebecca Martin and bassist Larry Grenadier have confirmed a monthly residency at New York City’s Jazz Gallery from August through November 2012. The duo, whose recently recorded album Twain will be released in January 2013 on Sunnyside, will perform at the Gallery on August 3, September 7,  October 16, and November 6. They will perform two sets of original compositions and standards on each of the four nights of the residency, at 9:00 pm and 10:30 pm. Tickets are $20.00. The Jazz Gallery is located at 290 Hudson Street (at Spring Street). Tickets can be purchased online at http://jazzgallery.org. For more information, call (212)243-1063.

A highly accomplished husband and wife team, Grenadier and Martin earned accolades for their recent performance at the Montreal Jazz Festival in July. Renowned critic Alain Burnet of Montreal’s La Presse wrote “In the circles of Jazz in New York…[Martin’s] approval rating has risen steadily over recent years, and for good reason. In Montreal, she still remains a secret….I will not keep it to myself: count me in!”

Writing in the New York Times, critic Nate Chinen recently observed that “As jazz singers go, Rebecca Martin exudes the plainest sort of poise, almost radical in its utter lack of flash.” He continued “She was unerringly faithful to the melodies of the songs, both standards and originals, but at her best she made them seem less like songs that like articulations of her state of mind.”

In his review of Martin’s 2010 When I Was Long Ago NPR Music’s Patrick Jarrenwattananon wrote “And when she gets it right – which she does pretty frequently – it’s exquisite.”