Tillery is a uniquely gifted trio that combines the diverse talents of three respected vocalist-songwriters, Becca Stevens, Rebecca Martin, and Gretchen Parlato. Individually, each is well established as a distinctive creative force with an impressive body of work to her credit. Together, on Tillery’s long-awaited, self-titled first collective album, the three artists tap into a powerful collaborative chemistry that’s more than the sum of its considerable parts.

Having honed their deep musical and personal rapport by sharing stages and songs over the course of several years, Tillery has captured its organic essence on the 11 song album, with Stevens, Martin, and Parlato combining their formidable vocal and songwriting talents to create beguiling, emotionally precise new music.

“Tillery is a slow-burning kind of project,” Parlato says of the group, which began performing informally in 2010. “We waited to record an album until we felt we had a nice amount of material to share. Playing and performing together for so many years definitely helped us develop our sound and repertoire.”

Tillery’s sound incorporates three distinctive voices along with spare, mostly acoustic instrumental arrangements, while the threesome’s repertoire encompasses such unforgettable originals as Martin’s “God Is In the Details,” Parlato’s “Magnus” and Stevens’ “No More,” as well as personally charged readings of songs from such diverse sources as Prince, Father John Misty and the Jacksons. The resulting album spans the emotional spectrum, embodying the musical depth and emotional rapport that make Tillery so special. 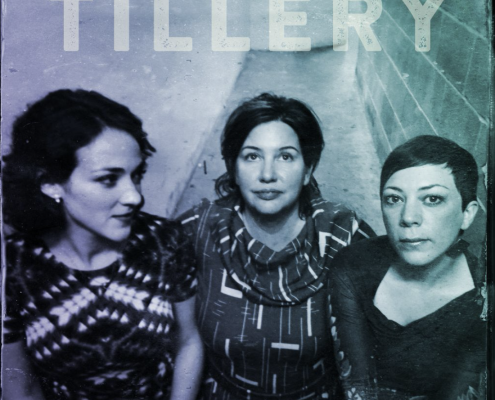