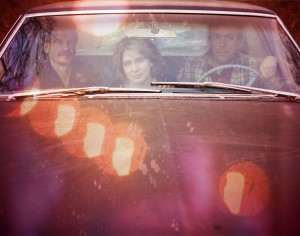 "When I Was Long Ago" by Rebecca Martin. Photo Credit Todd Chalfant, c2010

It will be a busy couple of months as we prepare to launch the release of my new recording “When I Was Long Ago” (Sunnyside Records) on August 31st, 2010. It’s a simple and elegant recording of standards that feature Larry Grenadier (Bass) and Bill McHenry (Saxophone). We made it live to two track with James Farber and Paul Antonell at the helm at the Clubhouse Recording Studio in Rhinebeck, NY.

I approached these songs as a songwriter, searching for the first vocal performances of each to assure that the melodies, lyrics and harmony were intact – and as close as possible to the author’s original intent. It’s an honor to sing a song that spans 75-plus years. Kind of an ancestral project in a sense. Setting out with this intention certainly brought new meaning to these old songs.

A concert to launch the album is being planned for 8/31 at the Rockwood Music Hall’s  2nd stage. It’s their concert ‘hall’. Our performance will begin at 8:00pm.  I have decided to make the door charge a donation only, making it affordable for everyone who wishes to come.   I’m happy to be able to offer this to my fans on this very special occasion.

Prior to the release, I’m traveling to the West Coast where I’ll be performing several concerts before launching the first songwriting program called ‘The Songwriter Track’ at the Stanford Jazz Workshop in Palo Alto, CA.   Follow the links below for tickets or information to register for any of my classes.