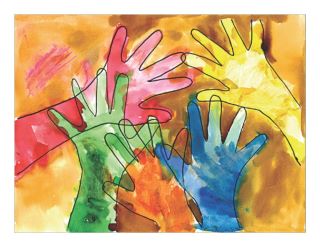 A release date will be scheduled soon, and all proceeds from the CD will be donated to ‘Arts for Life’.

“Music is an integral part of the vital support services the Arts for Life team offers to young patients and families. Arts for Life Music Fellow Colin Allured describes his job as “growing happy cell” where cancer cells used to be. In 2009, Becca Stevens sang at an AFL fundraiser and she and her father, William Stevens, had the idea to set some of the children’s poetry to music for the event. The response to those two songs was so strong that discussions of a CD began, including Becca’s brother Bill who is a composer and recording studio engineer.

Producer William Stevens says, “We were overwhelmed by how many composers and musicians were willing to give so much time and creative energy to this project. But it didn’t stop there. The CD was made possible by the generosity of patrons, by free time provided by recording studios in North Carolina and New York, with the encouragement and support of the AFL staff and board, and most of all by the children in Arts for Life and their families who showed us the power of art to inspire, to change, and to heal.”

Arts for Life is a 501c3 nonprofit organization dedicated to supporting people facing serious illnesses. By providing educational art programs, they enrich patients’ lives, nurture their minds and spirits, and encourage positive health care experiences for children and their families. Arts for Life helps children every day in four cities across North Carolina.

Michael’s mind, what goes on in there? Constant Parties? Nonsense and bionicles.
I have a big mind, and it is split into lots of sections. That what I feel like sometimes.

It’s gonna end up in chaos and headaches.
Sometimes the people partying in my head fight which causes headaches.

Then they settle the agreement and order a pizza which goes down my throat into my stomach.

(Michael had struggled with a brain tumor and has since past).