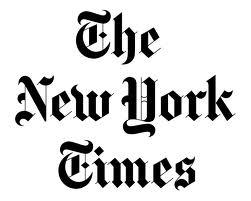 KINGSTON, N.Y. —  A New York Times Sunday Arts & Leisure piece written by Nate Chinen was published this weekend on Rebecca Martin and her upcoming release TWAIN on Sunnyside Records (available nationwide on Tuesday, March 26th).  “Ms. Martin is a vocalist with an earnest and unaffected style and a songwriter of unforced insight; Mr. Grenadier, her husband, is in the top tier of jazz bassists. Together they made Ms. Martin’s new album, “Twain,” due out on Sunnyside on Tuesday, in cloistered intimacy, recording a dozen of her songs with no initial accompaniment other than upright bass (his) and fingerpicked acoustic guitar (hers).”

“… the new album also highlights a shift toward original material and folky ambiance by a generation of jazz singers, some of whom see Ms. Martin as a touchstone. Among them are Gretchen Parlato and Becca Stevens, with whom Ms. Martin formed a collective called Tillery two years ago, after they struck an instant chemistry late one evening around her dinner table. “She’s been a great guide and mentor and sister in my songwriting,” said Ms. Parlato, who won the Thelonious Monk International Jazz Vocals Competition in 2004 but hadn’t written her own songs before befriending Ms. Martin.”

“…And, perhaps most of all, Ms. Martin’s songs, which have long dwelled in implication, creating a vivid emotional climate without divulging many details. One reason younger songwriters admire Ms. Martin may be that she writes from a place of genuine interiority; another is that her melodies and her lyrics feel so naturally enmeshed.”