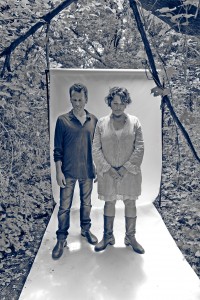 NPR Chooses Jazz Singer and Songwriter Rebecca Martin’s Upcoming Release TWAIN as “One to Look Out For in 2013”.   Record Release and a live recording scheduled at the Rockwood Music Hall in New York City in March.

In anticipation of the jazz singer and songwriter Rebecca Martin’s upcoming release on Sunnyside Records, NPR’s Patrick Jarenwattananon includes TWAIN as one of 15 buzzed about jazz/ish albums to look out for in 2013.

“The vocalist Rebecca Martin’s last album was a collection of standards, recorded only with a saxophonist (Bill McHenry) and a bass player, Larry Grenadier. Think of TWAIN as a sequel of sorts: It’s a program of mostly originals, backed only by Grenadier, who is also her husband. As a singer, she has a sense of nuance that fits a spare setting well; as a songwriter, she’s already put out several albums of her own tunes.”

Rebecca Martin will be accompanied by bassist Larry Grenadier at New York City’s Rockwood Music Hall room 2 on Thursday, March 28th, two days after the records release.  They will perform one set of original compositions and standards. The performance will also be recorded by Pete Rende in preparation for a live recording.  Tickets are $15.00.  The Rockwood Music Hall (stage 2)  is located at 196 Allen Street, NYC 10002. Tickets can be purchased online at the ROCKWOOD MUSIC HALL.  For more information, call 212/477-4155.

A highly accomplished husband and wife team, Grenadier and Martin earn continual accolades for their live performances. Renowned critic Alain Burnet of Montreal’s La Presse wrote “In the circles of Jazz in New York…[Martin’s] approval rating has risen steadily over recent years, and for good reason. In Montreal, she still remains a secret….I will not keep it to myself: count me in!”