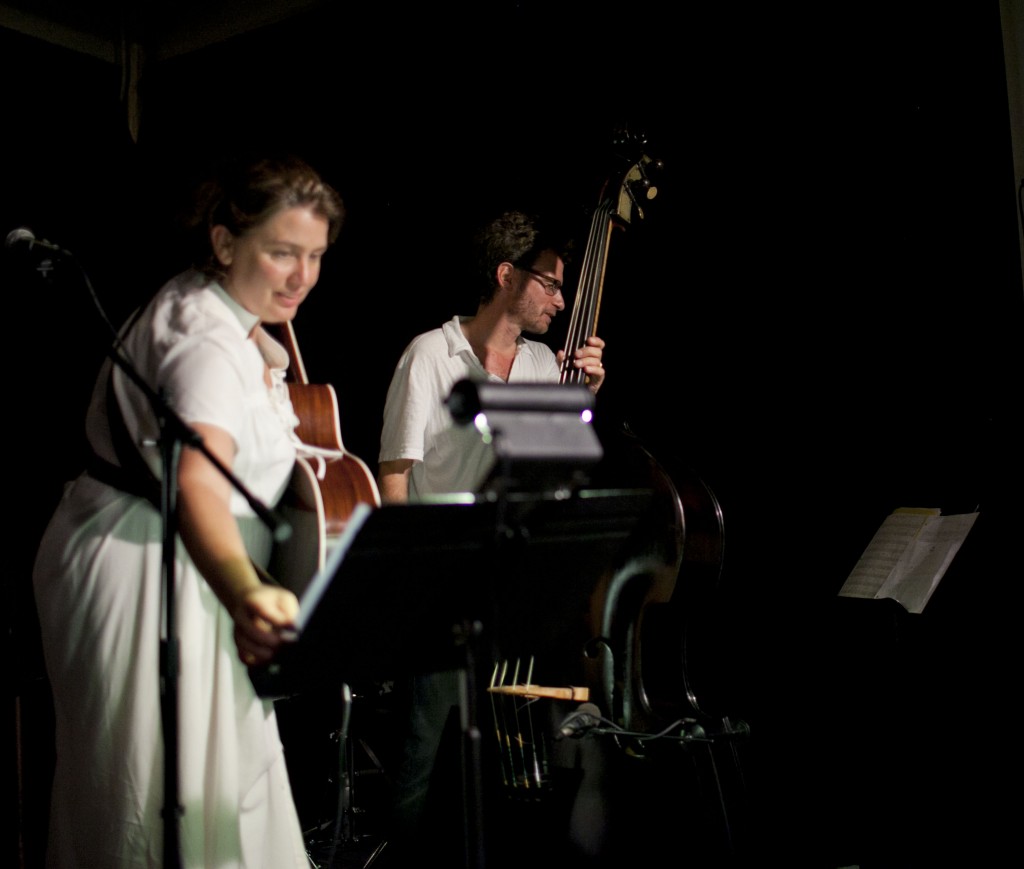 Singer Rebecca Martin and bassist Larry Grenadier will perform at the Jazz Gallery in New York City on November 6th, 2012 (their last in a residency series) and then at Jazz at the Atlas in Washington DC (in The Paul Sprenger Theatre) on Wednesday, November 7th 2012.

The duo, whose recently recorded album Twain will be released in March, 2013 on Sunnyside Records will perform original compositions and standards for the audience.

A highly accomplished husband and wife team, Grenadier and Martin earned accolades from renowned critic Alain Burnet of Montreal’s La Presse wrote “In the circles of Jazz in New York…[Martin’s] approval rating has risen steadily over recent years, and for good reason. In Montreal, she still remains a secret….I will not keep it to myself: count me in!”

Writing in the New York Times, critic Nate Chinen recently observed that “As jazz singers go, Rebecca Martinexudes the plainest sort of poise, almost radical in its utter lack of flash.” He continued “She was unerringly faithful to the melodies of the songs, both standards and originals, but at her best she made them seem less like songs that like articulations of her state of mind.”

The New York City Jazz Record recently proclaimed that Martin is “One of the most distinctively original voices in music today.  Rebecca Martin transcends the boundaries between jazz vocalist and singer/songwriter in her performances…(Martin) marked herself as a modern-day troubadour, a musical storyteller possessed of a daring willingness to bare her soul in the telling of tales fraught with both personal and universal meaning. Alternately exuding bold confidence and delicate fragility in tone.”